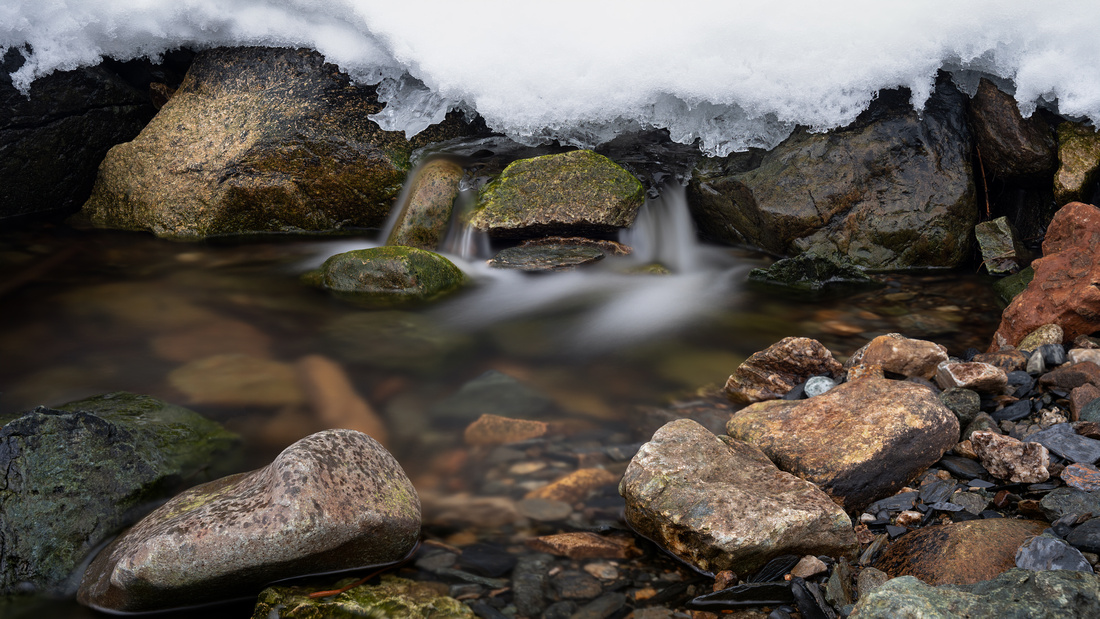 Is there an opposite to a death march?  A parade?  I struggle to reason that what I was doing could be considered a parade. Walking alone through the snow, amongst the remains of a thriving city far gone. I can almost hear the voices of the lost miners, feel their eyes watching this stranger roam through their town.

Listening to the birds sing and the stream's melody, I get distracted.  First just a few notes ring in deep in the back of my brain.  So we sailed up to the sun, til we found a sea of green. That's when it hits. And we lived beneath the waves, in our yellow submarine. Full on marching.

I still have yet to find the trigger.  This melody which has not graced my ear drums in quite some time.  Maybe it’s my mind pulling me out to see.  SO I march.  I continue on, passing an older gentleman walking up the slush filled incline.  Each slow step assisted my his cane, his large wool overcoat keeping him warm.  His face was familiar.  Was this an old soul from the mines, passing by as if he doesn't realize he's passed on?  Or just a fellow. adventurer enjoying the fresh air and the incoming tide.  Next trip I will stop and ask, if out souls do indeed cross paths again.  Eventually the trail opens and leads to the mouth of Paris Creek.  A stream I have shot several times, during all seasons, and at various points of its journey she takes down Mt. Jumbo.