It all began Thursday after work.  I had to run home to change and gather my goods to be hung.  I only had an hour or so before the place closed so I was in a bit of a rush.  I came into work early so I’d be able to leave with enough time to change and get back to the brewery.  Waking up so early came at a price, steeper than just missing out on my precious beauty sleep.  Not only did I have to get up and deal with a bunch of kids, but I also closed the facility the night prior, so there just was not a lot of time for rest.  After work I was exhausted, but I fought through it. Gathered my photos to be hung as well as my bio and price tags, leaving the other hard goods, loaded the car and after a quick double check to make sure everything has been loaded, I was out the door and on my way.  Alas, in my over exhausted state, I left behind six of my bigger sized framed photos.  This was only realized after I had most of the photos hung and begun to organize and hang my price tags.  Thankfully I was able to rearrange some items to better prepare for the final push on Friday afternoon.  Price tags were doubly preemptive because Noe was able to come in clutch with my metal pano of Downtown Juneau.  Getting this photo finished was a task all on its own and until the 11th hour I thought it was just not happening.  The printer was unhappy with the way it was printing and did not like the varnish.  He was rather meticulous, not wanting to give me something that was not perfect.  So after a few weeks, more waste than he should probably have gone through, the print was done and I was stoked to be able to hang that beauty, although it was not too popular, and did not sell, it’s still one of my favorites and currently have one hanging on my own wall.

Friday, we arrived about 3:30 and began the final set-up.  With a Pale Ale to start and keep me hydrated, I began the process of rearranging once more, and hopefully, for the final time.  There was a smaller table set aside for me to lay out other hard goods and take payments.  The placement of this table was quite nice, being closer to the beer tender.  As the place filled up and lines formed at the counter, more people were able to settle and take a closer look at the Calendars and Note Cards I had available.  Once everything was in place and finalized there were only two photos that did not make the cut.  A 16x20” frame with a print of an Eagle and the Chilkats in the background.  The final discard was a long exposure of Downtown Juneau I took back in 2011.  I’ve been trying to sell this print since then and it has not moved.  Not surprisingly, I should say.  Taken from the top of the library, at the time I thought it was fantastic, but over the last decade, it lost its thrill for me, and clearly others.  That one now resides on the bathroom wall. 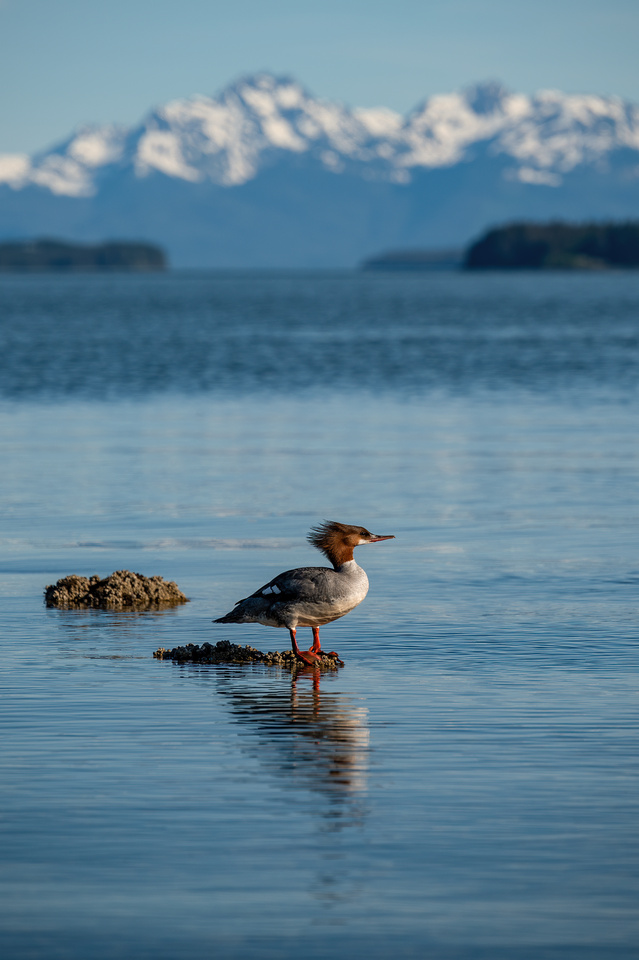 The evening started slow, a few friends trickled in, a few randoms.  There was even one gal who came in just to see the Brewery Cat, Simcoe.  I was not offended, he’s a great cat really.  While chatting away with folks the place slowly started to pack out.  A larger line began to form behind the flowing taps and a slightly flustered beer tender kept the juices flowing and patrons happy.  As the night progressed, so too did the sales and the happy familiar faces.  Many friends came through to show their love and support, the sales picked up and the night was becoming very enjoyable.  With all the outpouring of support, it was a wonderful reminder as to why we fell in love with this town to begin with.  So many compliments and kind words, many of the favorites on the wall were also favorites of mine.  That is always a comforting feeling, knowing that my tastes are on par to what many others are looking for.  It was great to see so many people I knew from the “day job” and letting them see my true passion.  I’d much prefer to be known as “the fine art photographer” or just the photog who works at the ice rink, rather than “the ice rink guy”.  This was a great big step in that direction.  Eventually, I’d like to be the photographer who also drives the Zamboni part time.  That is what I call “early retirement”.